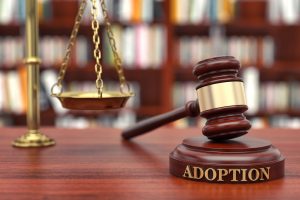 This is the next article in our discussion on heir determination in Dallas and other Texas areas. Our last post discussed the requirements and benefits of proving a common law marriage in a Texas heirship proceeding. Most people, including lawyers, are unaware that an analogous concept allows non-biological children to inherit from a deceased person in our state. This post will discuss the rules and consequences of formal and informal adoptions in heirship proceedings.

Texas law provides inheritance rights to children “adopted by estoppel,” which is also called informal adoption. In fact, informally adopted children have the same inheritance rights as biological children. To acquire these benefits, informally adopted children must meet several requirements in a Texas heirship determination. The legal requirements for adoption by estoppel share some similarities with common law marriage, but otherwise have their own rules and consequences. Here are some of the more important ones.

–Treated as a Child. To prove adoption by estoppel, the adopted child must prove to a probate court that the deceased person treated them like their own child. For example, perhaps the deceased person referred to the child as “my child,” listed themselves as a parent in documents given to the child’s school, or gave them birthday cards appropriate for one’s own child. The child may bring witnesses to testify that the informally adopted child and deceased parent had a typical parent-child relationship.

–Child Was a Minor. The adoption by estoppel must occur while the child is still a minor. In a formal adoption, children have inheritance rights even if they are adopted as adults. However, to prove adoption by estoppel, informally adopted sons and daughters must show that the deceased person treated them like a child while they were under the age of 18. Children adopted by estoppel can still assert heirship claims long after they reach adulthood, however. To illustrate, let’s say a woman born in 1970 was raised by her aunt until she turned 15. Then the aunt marries and moves across the state, and the woman and her aunt never speak again. When the aunt dies in 2022, the woman would have a claim to inherit from her aunt’s estate through adoption by estoppel.

–Marriage Not Required. Stepchildren often have fantastic claims to inherit from the spouse of their birth parent. However, Texas law does not require that common law parent is married. If the adopted child can prove the deceased person treated the child like their own child, then any relationship will do. In appropriate circumstances, anyone can be an informally adoptive parent, including grandparents, neighbors, family friends, mentors, foster parents, and even older siblings.

–Benefits Limited to Inheritance Rights. Adoption by estoppel provides informally adopted children with inheritance rights from their adoptive parents. Otherwise, the informally adopted child and parent have no legal relationship. For example, the common law parent cannot inherit from the child, and Texas law does not impose the duties, responsibilities, and powers that parents normally have over their children.

If you have a claim for informal adoption, it is imperative that you contact a Texas probate lawyer quickly. You will likely lose your inheritance rights if you do not assert them. When a court enters an heirship judgment that doesn’t name you as a child adopted by estoppel, it likely means your time ran out. Our Dallas attorneys can help you assert your inheritance rights in Texas heirship proceedings. If you are interested in making a claim, call us today.  Our offices also service Plano, Frisco, McKinney, Denton, Fort Worth, Garland, Irving, Austin, Houston, San Antonio, Nacogdoches, Lufkin, and Center.