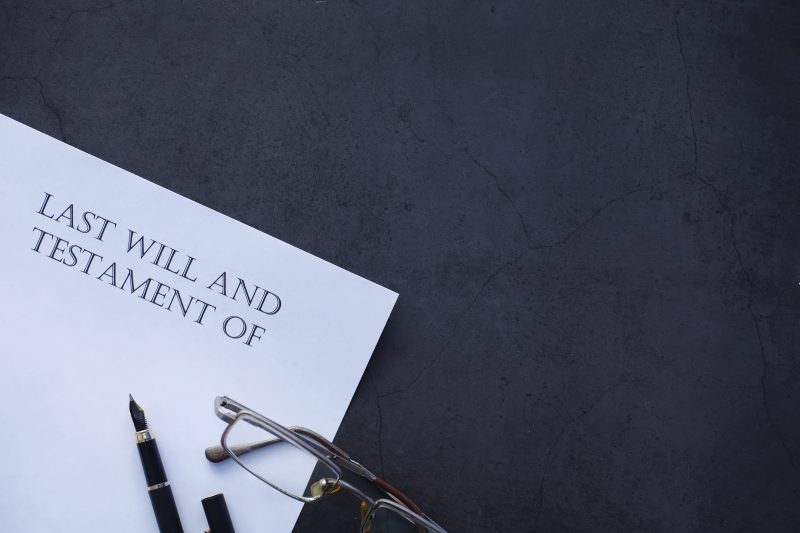 Several common scenarios lead to disputes over the wills in Texas. The deceased person’s will may be invalid because they had dementia and could not fully understand what they were doing. Or perhaps the deceased person was under the influence of alcohol or drugs when they signed the will. The person who benefitted from the will may have put improper pressure on the deceased person to make the will. The document presented as a will does not meet the strict technical requirements that Texas law demands. Texas courts may find that a will is invalid for any of these reasons, which we discuss in more detail below.

This series focuses on inheritance disputes when a person dies with a will. Importantly, inheritance disputes may still arise when the deceased person did not leave a will. For example, a romantic partner may claim to be a common law spouse, or an unknown person may claim part of an estate as the supposed long-lost child of the deceased person. We break down those scenarios in our previous series, Determining of Heirs in Dallas and Other Texas Areas, which we encourage you to visit.

Now, back to the matter at hand—the reasons why a will may be invalid. The following legal claims allows certain people to bring a “will contest,” in which they attempt to invalidate a will and prevent it from reducing their inheritance.

Dallas, Texas Wills Are Invalid If They Were Executed When the Deceased Person Lacked Testamentary Capacity

Texas law requires that any person who leaves a last will and testament has the appropriate mental state when they sign the will. The technical term for this is “testamentary capacity.” More specifically, the person who writes the will, called the “testator,” must have each of the following mental abilities:

If the testator lacks any of the preceding mental abilities, then they cannot validly execute a will. When a person executes a will without testamentary capacity, anyone affected by the invalid will may file a dispute with the probate court. If successful, the judge enters an order saying that the will is invalid and has no legal effect.

Any number of conditions may cause the lack of testamentary capacity. Some of the most common include Alzheimer’s disease and other dementias; use of prescribed narcotics and other medications with mental side effects; use of illegal drugs and alcohol; traumatic brain injuries; strokes and other vascular events; intellectual disabilities; and schizophrenia and other severe mental disorders.

The claim of “undue influence” is another common way to dispute a will in Texas. When you see the will, it just doesn’t make any sense—grandpa never would have done that! You begin to suspect that the will was someone else’s doing. The good news is that you may be able to protect your inheritance by bringing a claim for undue influence.

The above scenarios are merely a few situations where undue influence may exist. In reality, any number of scenarios may lead to undue influence. The influence often occurs under your nose, when you least expect it. An experienced probate attorney can help you correct the resulting injustice and reclaim your inheritance.

Texas law requires that testators follow strict rules when making and signing their wills. Even one slip-up may result in an invalid will, with no legal effect whatsoever. If you are in an inheritance dispute, you may be able to invalidate a will that fails to meet the formal requirements below.

Note that Texas law does not strictly require that wills are notarized or have a self-proving affidavit. Most wills prepared by lawyers are, in fact, notarized and contain a “self-proving affidavit,” which makes it easier to prove the will was signed with the appropriate formalities. That said, a will can be perfectly valid even though it was not notarized.

In addition, Texas law also allows testators to make a handwritten will with entirely different requirements. This is called a “holographic will,” which has the following requirements:

The last requirement is often the most vexing. There is a thin line between (1) a note-to-self or brainstorming session for the creation of a formal will, which has no legal effect, and (2) a valid holographic will. A Dallas probate attorney can help advise you on this critical distinction.

Other Grounds for Will Disputes Include Fraud, Duress, and Forgery

Texas law provides several less common avenues to challenge a will. In appropriate circumstances, you may be able to use them in a will contest.

–Fraud may occur when a person makes a false promise to the testator for the purpose of inducing the testator to sign a new will.

–Duress is formed when the testator is in an extreme scenario—such as literally having a gun to his or her head—causing them to make a new will.

–Forgery also results in an invalid will. Forgery claims tend to be brought against holographic wills more often than formal wills.

To make a successful claim for testamentary capacity, undue influence, lack of legal formality, or any other reason, you must carefully build your case, often with circumstantial and/or medical evidence. We strongly recommend that you hire an experienced probate attorney to help you assess, build, and pursue these complex cases.

In our next post, we will discuss the way courts process wills and the steps you can take to prevent loss of inheritance due to an invalid will. To say the least, timing is everything!

Our will contest and inheritance dispute lawyers regularly represent clients disputing substantially valuable estates in the DFW area and throughout Texas. If you think we can help you, please contact us today. Our offices also service Plano, Frisco, McKinney, Denton, Fort Worth, Garland, Irving, Austin, Houston, San Antonio, Nacogdoches, Lufkin, and Center.