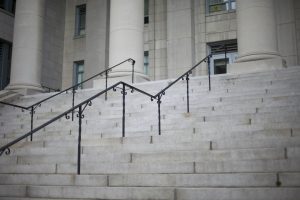 To recap, this series addressed the following topics:

We recommend that you revisit those articles for a more complete understanding on the inheritance rights of Texas heirs. The below points will summarize and highlight some of the more significant rules and exceptions in this series.

–Rule: Heirship Proceedings Determine the Inheritance of Intestate Estates. Heirship determinations are legal proceedings that establish the people who inherit the property owned by a deceased person who did not leave a last will and testament and the amount of property they will inherit.

–Exception: Invalid Wills. You may still have inheritance rights, even if the deceased left a will. As we will discuss in a future series, wills can be legally challenged if the deceased person was not in their right mind when they wrote the will, or the will was procured by underhanded means. If a court determines the will is invalid, then the deceased person’s intestate heirs will inherit the estate.

–Rule: Close Family Members Are Heirs. If the deceased person left behind a spouse, then the spouse will always be an heir. The same goes for children. If there is no spouse or children, then other folks like parents and siblings will inherit. A Texas probate lawyer can help you determine exactly who the heirs are and what they stand to inherit.

–Exception: Distant Family Members Can Be Heirs Too. When a person dies in Texas, they always leave heirs. Even if the deceased person had no spouse, children, parents, brothers, sisters, aunts, uncles, nephews, or nieces. You may be the heir of your great-uncle thrice removed!

–Exception: But They Don’t Have a Right to Notice. In Texas heirship proceedings, the applicant must provide a sworn statement listing the people believed to be heirs. The applicant must give notice of the proceeding to those people. But applicants often do not list people with potential claims, like common law spouses, children adopted by estoppel, and children with uncertain paternity. If you have a claim, act quickly to assert your rights, so the applicant doesn’t obtain an heirship judgment under your nose and cut you out from your inheritance.

That wraps up our series on heirship determinations in Dallas and other Texas areas. We hope you found this series informative. For more information about your inheritance rights, please contact us. Our attorneys have experience in probate courts throughout the state, including in Dallas, Harris, Travis, Bexar, Denton, Collin, Ellis, Montgomery, Midland, and El Paso Counties. We handle hundreds of heirship determinations.