The Texas Process For Dealing With An Intestate Estate 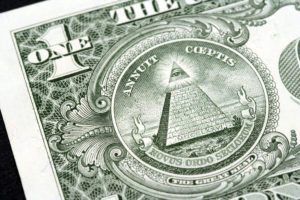 This is the next post in our series on what happens when a Texas resident dies without a will. When one passes without a will, they are considered to have “died intestate.” Our last post explained how intestate estates arise in Texas. It is important to understand that such situations are more common than many people realize. In this article we will discuss the process that residents of Dallas, and throughout the state, face when intestate succession laws apply. If you find yourself in such a situation then you should contact an attorney immediately.

Intestate estates in Texas, will typically be handled through a “dependent administration”

Situations in which the court is likely to require a dependent administration include, as mentioned above, instances where heirs do not agree or simply cannot all be located. Another instance is when the estate is complex in nature. A very comlex estate, a large number of heirs, or the presence of other complicated issues can lead to a court requiring oversight even when there is general agreement over issues. There is good reason for the court to require such oversight; if all rules are not properly followed, injustice often results, and heirs may not be aware of their rights under the law. There can also be advantages to a dependent administration including a more streamlined process to deal with creditors of the estate. These advantages will be discussed later in this series. Dallas area residents and others in the state are also less likely to face future legal challenges if the court ensures that everything is handled correctly in the first place.

Hiring an attorney can greatly help facilitate the handling of an intestate estate. The greater the level of disagreement, the longer the probate process will take. An experienced attorney can take steps to get disputes resolved sooner rather than later. Resolving such disputes sooner means that the case will be in the legal system for a shorter period of time and less of the estate’s resources will be exhausted on legal fees. This is why you should choose an attorney who practices heavily in the area of probate.